Hmm – if you took the day off from work to protest something what would it be?  Gosh, I just want people to love one another in an environment where no one has to suffer to live life happily every day.  Is that too much to ask?
I just wanted to make a quick post to honor the spirit of the folks organizing the gatherings to voice the innate human desire for freedom.  Bless you all!
In regards to the awareness-raising pow-wows currently occurring throughout the world, an inspiring, revolutionary, organization called Avaaz (or voice) has gained over 10,000,000 members (I just joined, too!)
Here’s their simple mission:

Avaaz—meaning "voice" in several European, Middle Eastern and Asian languages—launched in 2007 with a simple democratic mission: organize citizens of all nations to close the gap between the world we have and the world most people everywhere want. 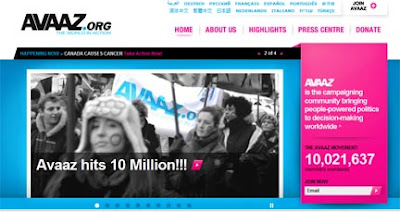 Here’s to you, my fellow human who desires to seek a better life for us all!  Cheers and here’s a lovely Beatles tune to inspire: